The Lorrain School of Nursing opened in 1916 under the capable hands of Sister Saint Elizabeth. The school was associated with the Pembroke General (Regional) Hospital and graduated its first class of nurses in 1919. In 1926, the school and hospital were transferred to the administration of the Grey Sisters of the Immaculate Conception.

For 50 years (1916 – 1966) the traditional three year programme was offered and a total of 522 nurses graduated from the school and offered their services in the community as well as in various parts of the world. From 1966 -1974, in the “two plus one year” and then the 2 year programme, there were 273 more graduates making a total graduation of 795 over the 58 years of the programme’s existence.

In the early 1970’s, the Government of Ontario mandated that Colleges and Universities would become the sole trainers of nurses in the province. Pembroke’s campus of Algonquin College in the Ottawa Valley began offering its nursing program in 1974.

After 58 years the Lorrain School of Nursing officially closed its doors as a training facility for nurses.

SOME FACTS ABOUT THE LIFE OF A LORRAIN STUDENT NURSE 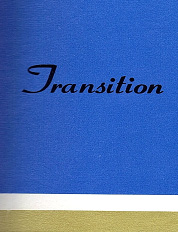 In 1966, to keep pace with the increasing need for nurses, the administration of the school began the  work of planning a new curriculum based on the changing trends in nursing education. The three year programme was being phased out.

The new programme planned to include two years of education folowed by one year of service or internship. It was initiated in 1967 by Sister Rena Spooner and then carried throughto its finalization by Sister Rita Kehoe.

Within a few years as a result of the increasing shortage of nurses, the government introduced the two year programme with all of the previous three year content condensed into two years